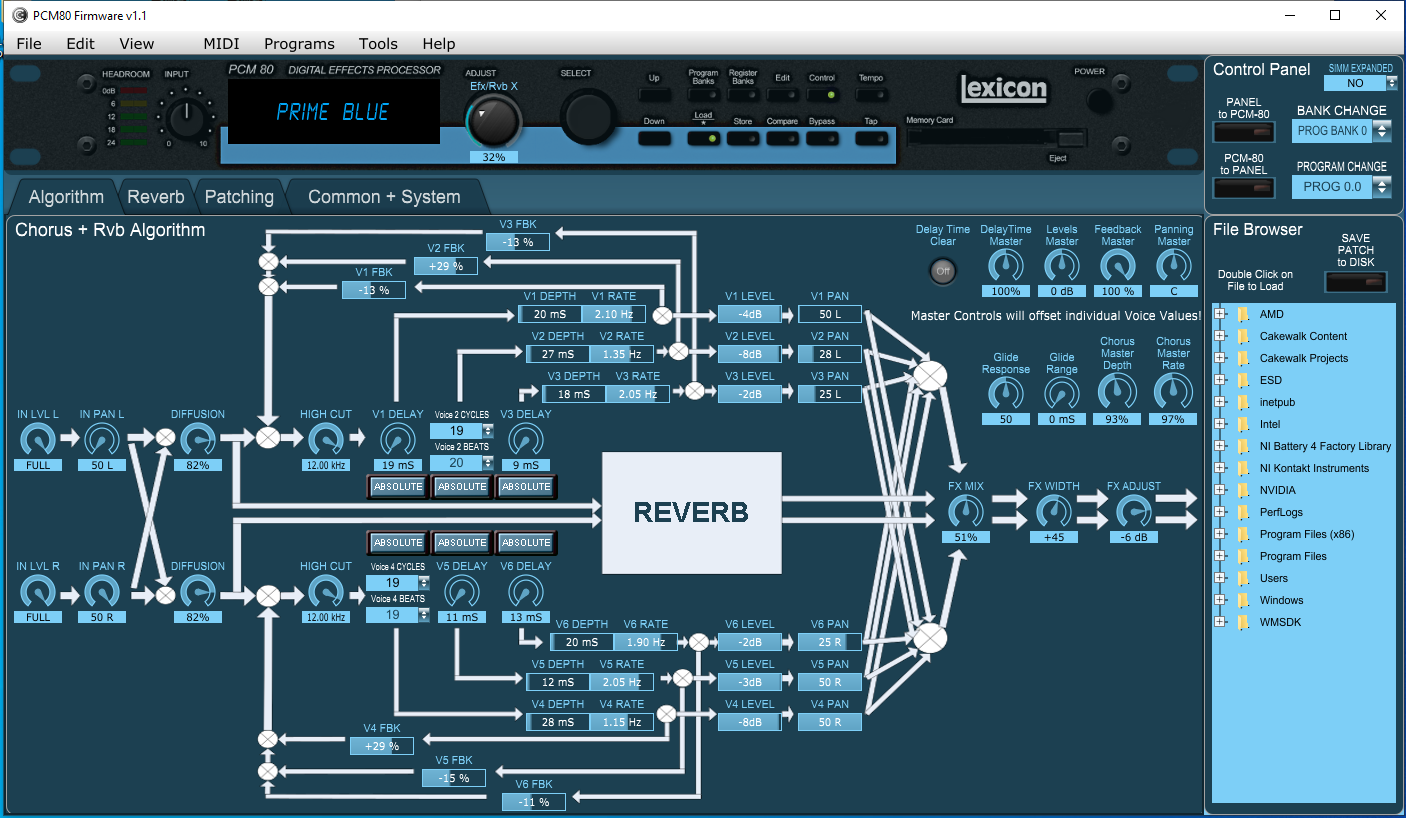 OK, a Christmas Present for you all!

After about 5 months work (I never want to do this again, well thats the way I feel at the moment) I’m releasing Version 1 of my Lexicon PCM80 Editor to the wider community.

1 It only works with the 10 Algorithms that are built into the PCM80, it does not at present work with any of the Expansion Card Algorithms.

2 The Master Controls for ‘Levels’, ‘Feedback’, ‘Panning’, etc… will offset the corresponding values for the individual voices. This is normal PCM80 behaviour but the panel will indicate the incorrect value. This does NOT stop the Editor from working and all Parameter Values are still stored correctly and can be saved and recalled, it’s just the Panel Display will be incorrect.

3 The Bank Change always resets the Program to 0.0, even though the Panel may indicate something different.

4 The ‘Tempo’ Mode Buttons on the Panel do NOT change the Mode on the PCM80, you will still need to simultaneously Press ‘Up’ + ‘Tempo on the Hardware.