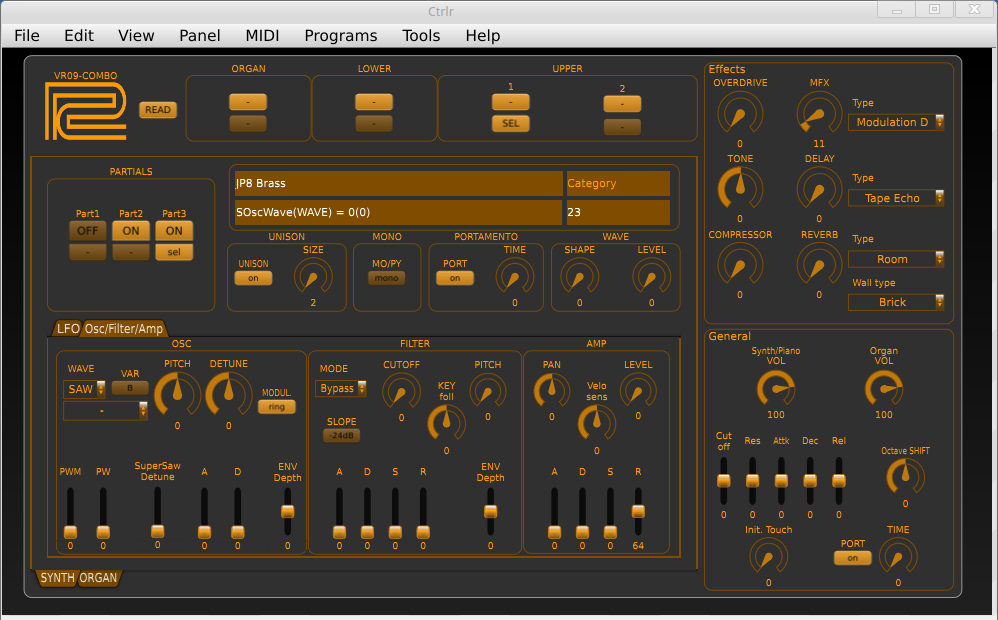 This is a control panel for the Roland VR09-Combo keyboard, similar to the proprietary iPad-only app.

It is still a work in progress most of the functionalities are there. It’s my first panel; constructive criticism is welcome. Supports bidirectional editing of synth and organ tones and control of the built-in effects.

Still To Do: changing name of a sound (new name gets uploaded to the synth but it is not shown on the display); load/save sounds to file (has anybody any info on the file formats .UPG and .DAT used by Roland?); some synth tones are not editable (but same goes with the iPad app).

It is released under GPLv3.